I have always had a passion for flight. As a young kid I spent a lot of my time making gliders out of toothpicks, and tissue paper. As I grew older my ambitions grew larger. I began jumping off of my house with grocery bags, then trash bags, I was always convinced they held me up at least a fraction of a second. Later, I attempted to design a glider out of bamboo poles and a tarp, but to my surprise the design did not prove to be successful. I fantasized about one day creating a successful flying contraption.
Much later  I became slightly more logical. In the ninth grade I juggled school and ground school in an attempt to get my pilot's license. I passed ground school and started taking flying lessons. Unfortunately, this did not last long due to my lack of time and the incredibly high price of fuel and airplane rental time. In addition to this, I didn't particularly want to pursue a career in aviation. I was more interested in the engineering aspect of flight than the task of moving airplanes from point A to point B.
Throughout my life I have spent a significant amount of time outdoors. I enjoy hiking, camping, rock climbing, among other things. Almost anyone who has reached the summit of a mountain can relate to the longing to fly back to the base rather than taking the long walk back to the bottom. This is the idea I have been obsessing over for quite some time. The idea merging of my passion for flight and my passion for the outdoors thrilled me. During the second semester of my senior year I pitched a radical independent project to my teachers. I proposed that I would create a paraglider wing from scratch and keep a blog documenting my work in lieu of some other class work.  This page documents the next four months of my life directly following that moment.  ​

This week I found the material I want to use for the load triangle reinforcement. I brainstormed and drew up a detailed plan for the assembly of the load triangle. At a local sail repair shop i found an appropriate material for reinforcing the load triangle (green pieces below). The cloth I found was a 3/4 ounce polyester sailcloth. The cloth offered both rigidity and very high strength. To cut the sailcloth parts I used a modified soldering iron so that the the edges were melted together to prevent fraying. 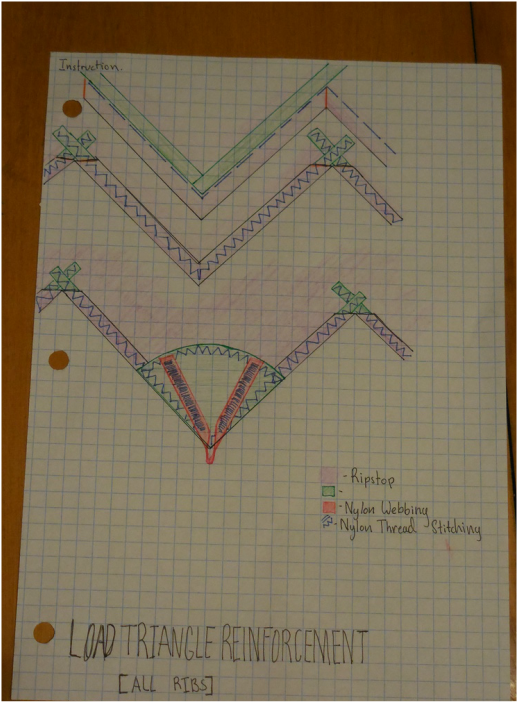 ​The next step was to sew the panels and ribs together. The stitches in a straight line on the right side of the drawing are the outer layer of stitches, meaning the wing would take the shape of this line. The zig-zag stitches are a safety measure. If the first line of stitches was to tear, the panels would be held together by these stitches. ​ 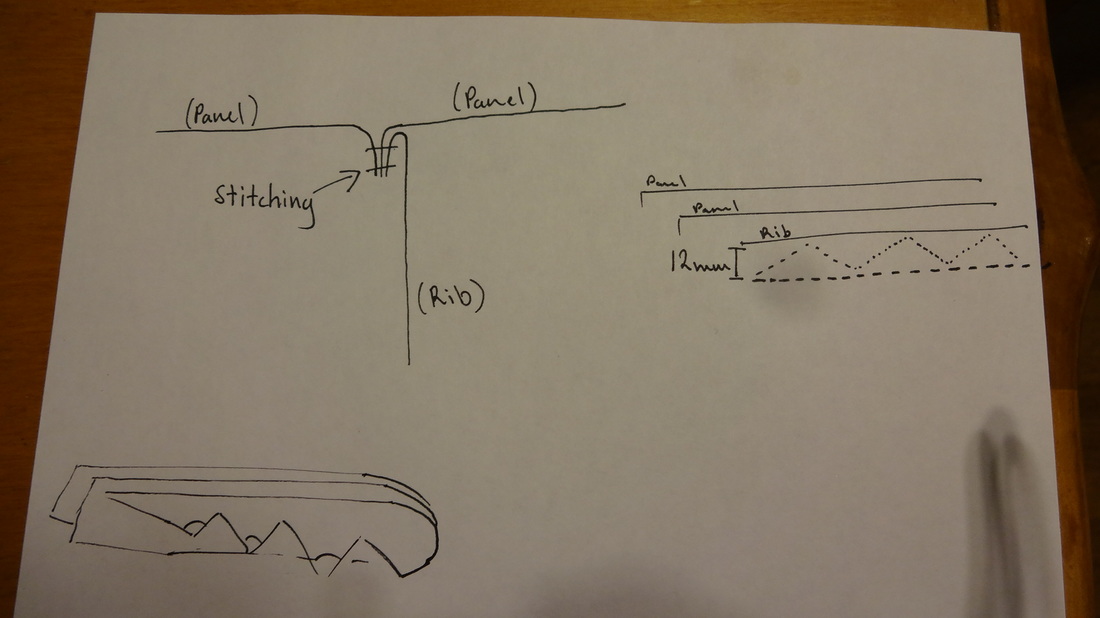 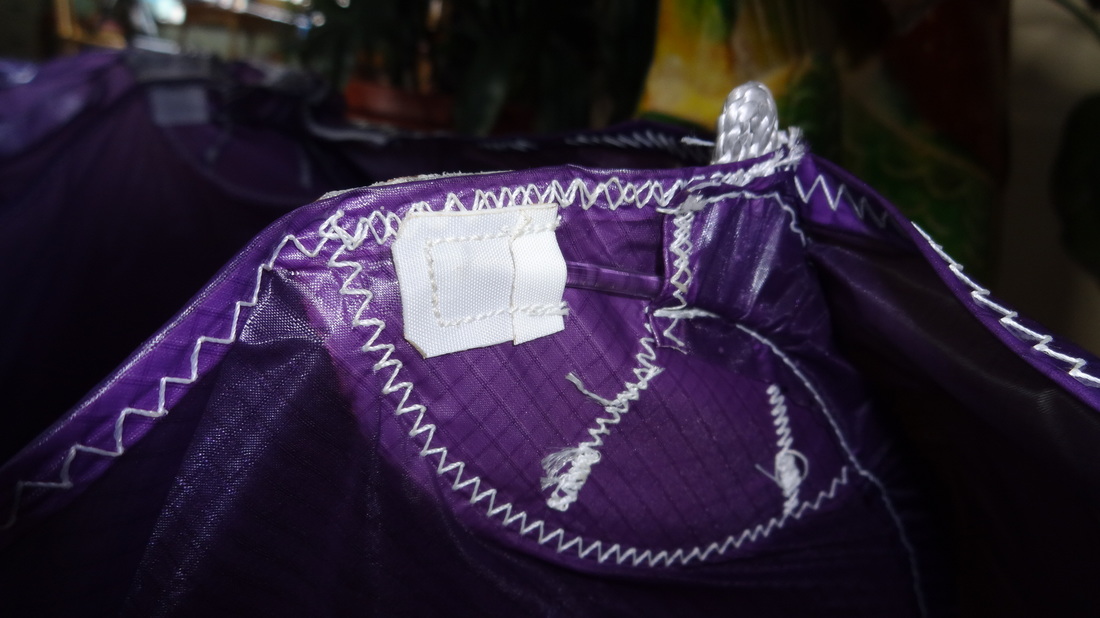 Risers connect the lines to the harness and provide a place for the brake handles to be attached. This model has three risers attaching to each of the three mainlines coming down. The risers also provide a comfortable place to hold onto while lifting the glider off the ground. ​ 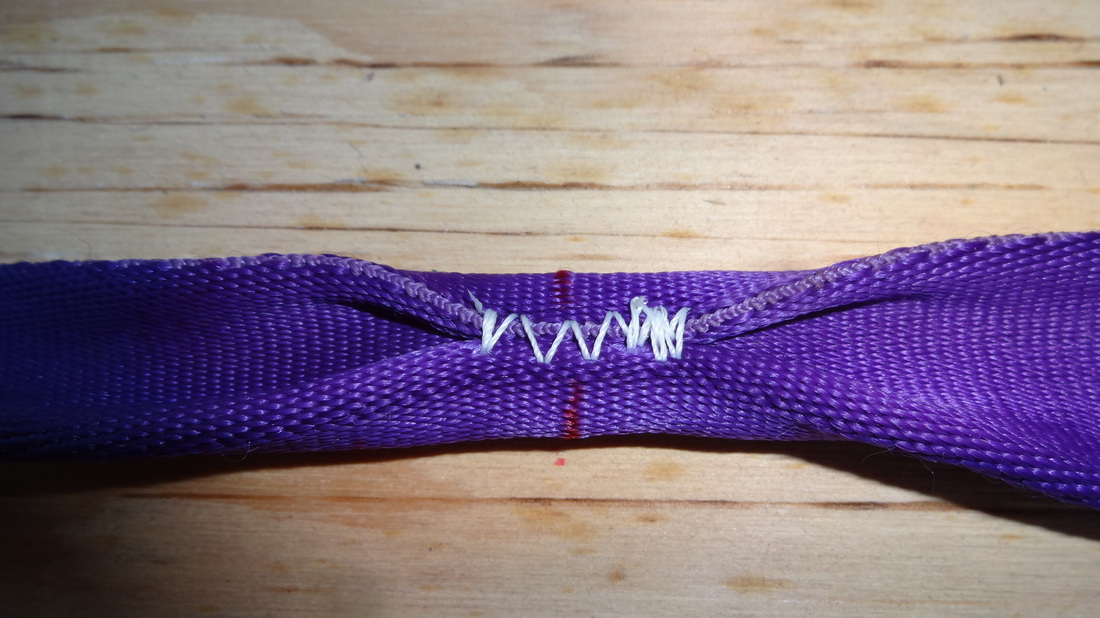 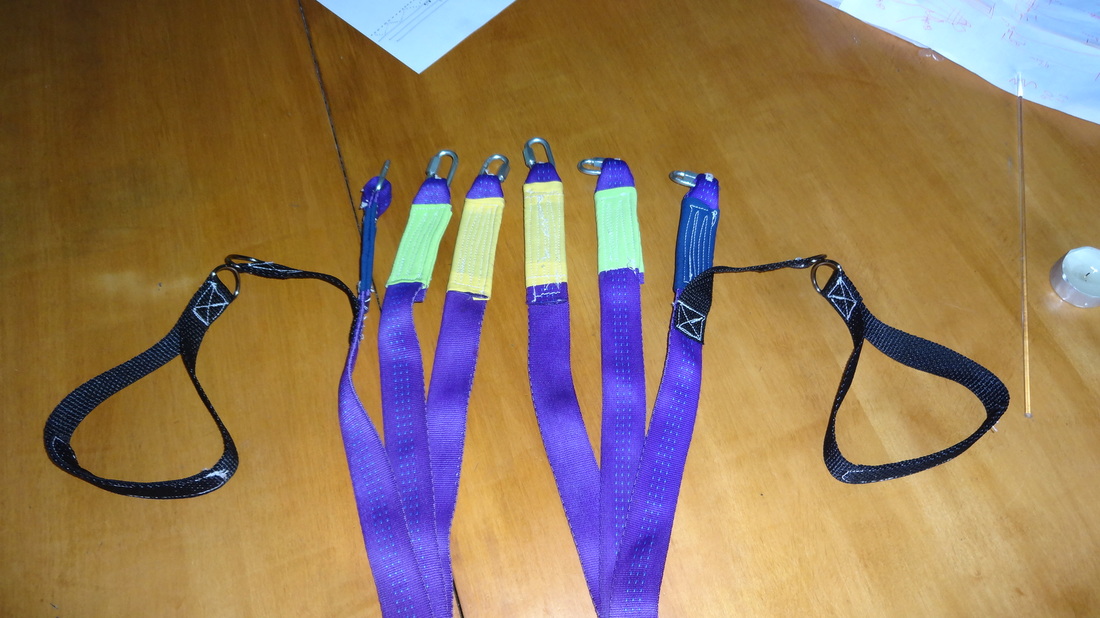 Unlike the majority of the para-glider plans, there were no online patterns for a harness. Originally, i was going to buy one or scavenge one off of something else. Unfortunately, they are incredibly expensive and a different type of harness was not practical. Instead I decided to start from nothing and create my own harness.
Shoulder strap adjustment 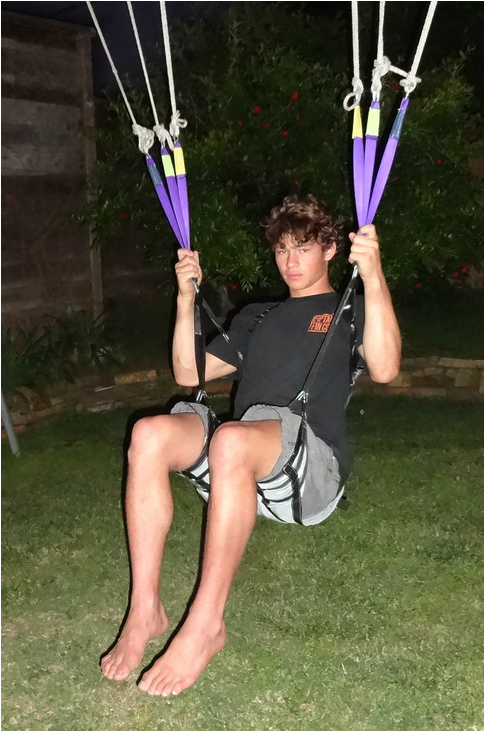 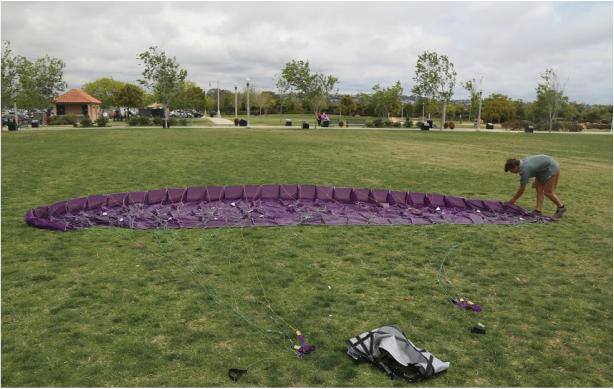 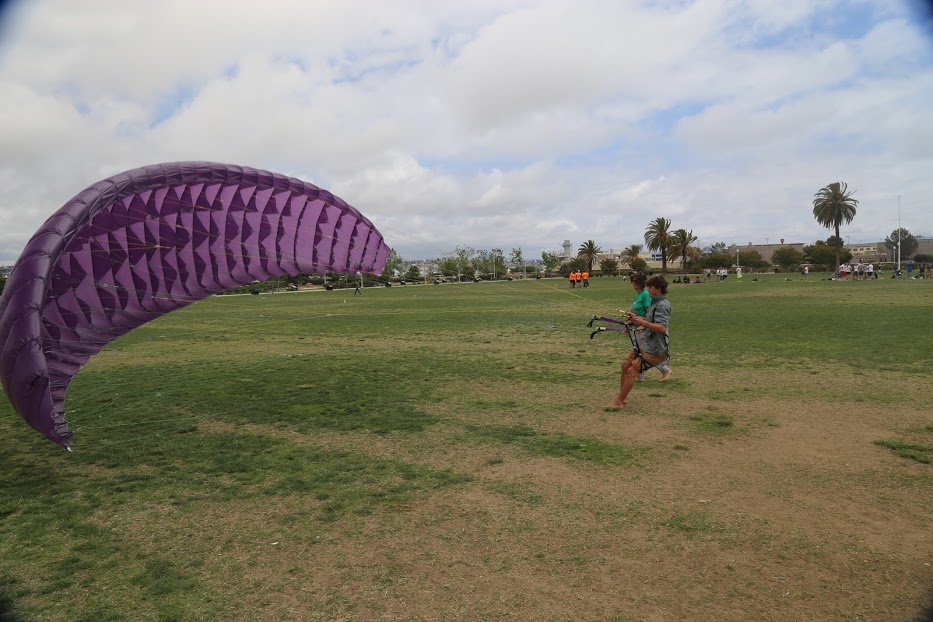 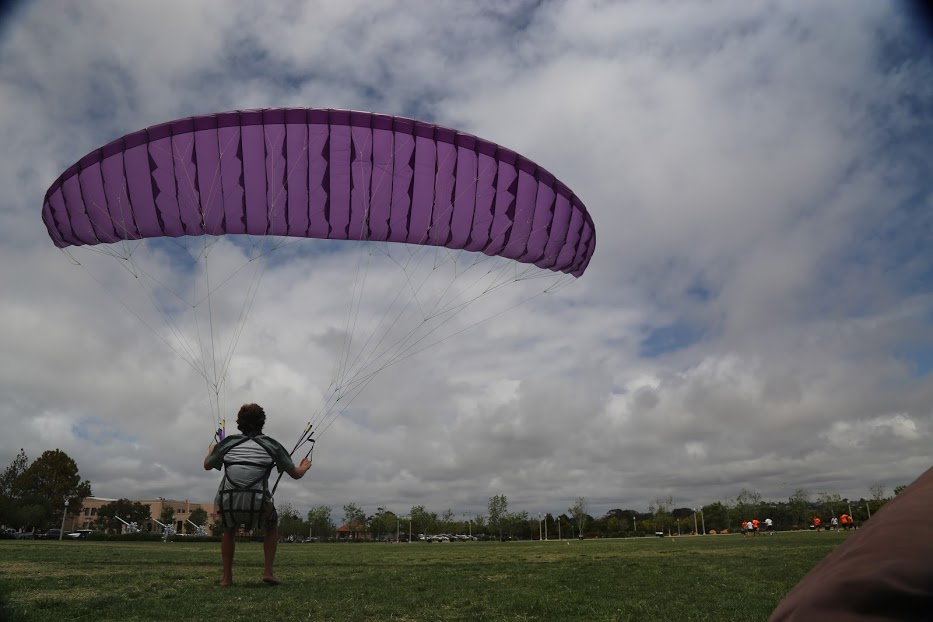 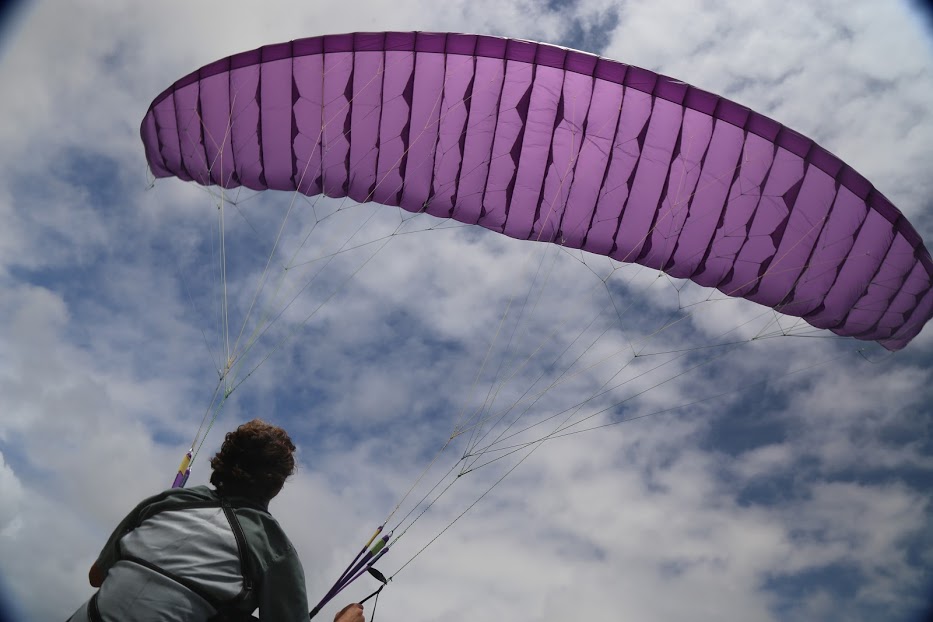 The length of the brake lines on single skin paragliders needs to be very precise. If you look at the trailing edge of the wing you can tell that  the brake lines are too tight. This causes too much drag and made me move backwards. After making careful adjustments to the brake lines I brought it back out to the field. This time, with the brakes properly adjusted, lifting and controlling the kite was much easier. ​

Because I have never flown a paraglider before and because it was home made prototype I took it out to the Algadones Sand Dunes to ensure a soft landing. Despite the strong crosswind, the paraglider performed well and felt very stable. The controls (brake lines) also worked perfectly keeping me in line with the wind and on the landing. Although it can not be seen the flight starts about 2 seconds into the video.

Next step of progression: